Kareem Hunt – an excellent target for the RB-stacking strategy. 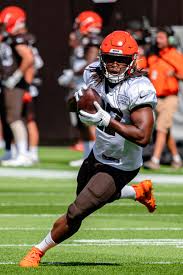 About a year ago I published 7 Tactics for Drafting in Guillotine Leagues, in which I suggested tactics for drafting a resilient team that would make it easier to implement the Bid Low, Bid Late strategy and win fantasy football guillotine leagues.

Having tried these tactics out last year, I think I emerged from my drafts with reasonably resilient teams, and performed reasonably well in my leagues.

There is one tactic, however, that I dismissed in the article and I am now reconsidering and implementing, which is running back stacking – drafting two startable running backs from the same team.

I continue to strongly believe in anti-stacking as applied to the QB-WR1 stack. As those who study daily fantasy sports know, the performances of a team’s quarterback and their top wide receiver are positively correlated. In guillotine, starting both of these players increases your chances of being eliminated when they both have a bad week.

I noted that there is a weaker but still nontrivial correlation between QB and TE1, the team’s top tight end. Beyond the QB-WR1 pairing and the QB-TE1 pairing, I advised readers not to worry too much about stacking, because the correlations were either too weak to be meaningful, or not relevant to the guillotine league format I was addressing.

About RB1-RB2 stacks in particular, I considered whether such a stack would be advisable, due to the fact that these positions negatively correlate, and therefore conform to the anti-stacking tactic. I concluded that because the negative correlation was low, there was no point to it.

I am now changing my mind.

Take Nick Chubb and Kareem Hunt as an example. If I’ve drafted Chubb early, I will be targeting Hunt in the later rounds. Hunt happens to be a favored target of mine anyway, because of his consistency. But I’m also targeting him because he is Chubb insurance. If Chubb gets injured, I anticipate that Hunt will pick up many of his carries; and if the game script calls for more passing, I expect that Hunt’s production will increase, to offset the decrease in Chubb’s.

The one RB committee that I actually got this year is Gordon-Lindsay. I am pretty confident that both players have significant roles in the Denver offense every week, and I think Lindsay becomes the primary receiving RB.

I am less confident of Lindsay as a consistent week-to-week starter than I would be about Kareem Hunt. But in the 6th round of an 18-team league, Lindsay seemed like a great value for a flex, and the fact that he is Gordon insurance just makes him better.

I don’t think that this tactic is limited to situations where there are two definite starters. It can be applied where there may or may not be a committee with two relevant RBs, and the uncertainty is priced in. For example, I think it is likely that Austin Ekeler and Joshua Kelley would be a 1-2 combination for the Chargers, and would not mind a reach for Kelley in the later rounds.

This could work where two RBs from the same team are available late, either where the committee seems clear, like Jordan Howard-Matt Breida in Miami, or not, like James White and Lamar Miller? Sony Michel? maybe even Damien Harris or Rex Burkhead? in New England.

Do you have any thoughts on RB-stacking in guillotine leagues? Share your thoughts in the comments or in the facebook group.

In this article, I identify three players to avoid, or at least fade. I am resisting the temptation to weigh in on what I think of them as players, because I want this to be strictly about the guillotine league format. These are players who should be downgraded in the guillotine format, specifically in Fanball, compared to conventional leagues.

In other words, I am not at all saying I think these players are overvalued in general. I am saying that because of factors that are especially important in guillotine leagues, such as volatility, bye weeks, or the fact that they are stashes – they deserve to be downgraded.

END_OF_DOCUMENT_TOKEN_TO_BE_REPLACED

I’ve made it to the championship week! And I’m in good position, having a better team than my opponent,  though not as dominant as it would have been if I hadn’t made a few missteps along the way. Looking forward to the weekend and, hopefully, a championship in this winner-take-all league.

Last week I finally finished with the most points. It helped to only have two other teams. I got 175.9. The second place team – my opponent this week – got 129.2. My outstanding players were Hopkins with 39, Gurley with 34.4, and Mixon with 27. Disappointers were Roethlisberger with 13.1, Barkley with 9.6, Michael Thomas with 11.9, Kelce with 13.1, and Smith-Schuster with 8. Players I left on the bench included Dalvin Cook with 29.3 and Davante Adams with 21.9.

END_OF_DOCUMENT_TOKEN_TO_BE_REPLACED 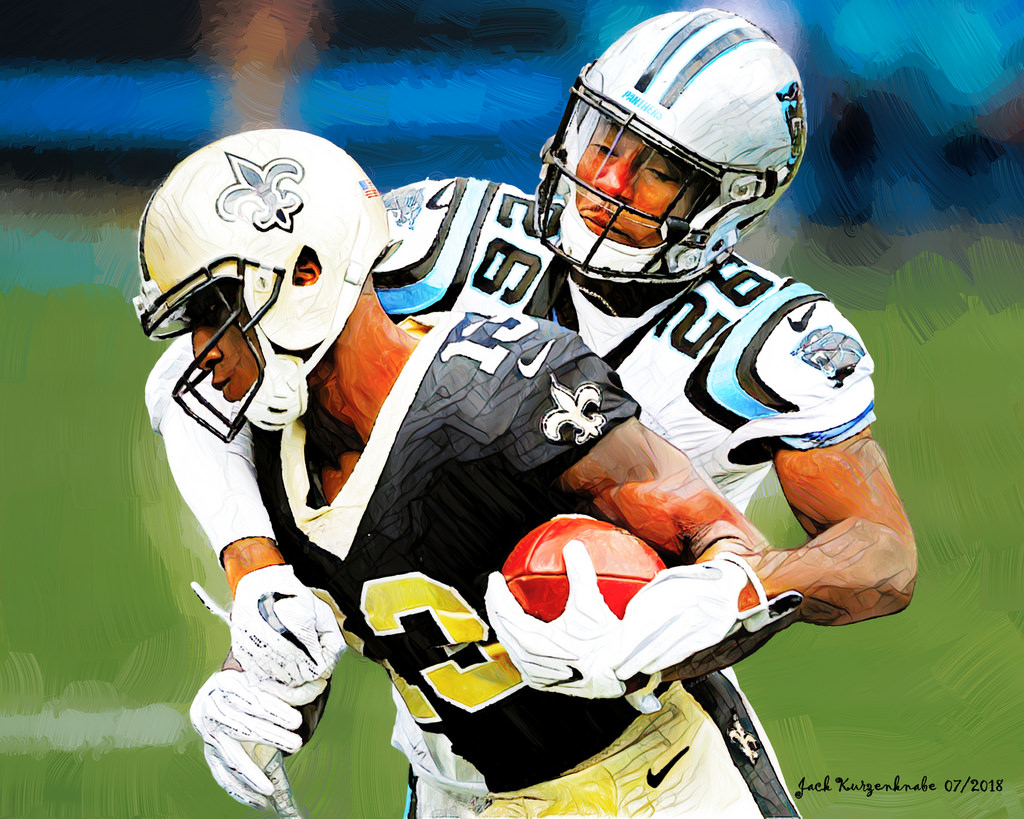 In this series, I track weekly progress in my guillotine league. For the main post, covering the league’s details and my overall Bid Low, Bid Late strategy, click here.

Three teams are left. It is the first week in which all the teams are really good. For this week and next, it feels like any team can get eliminated, even one that is much better on paper than the others. I picked up a few players, swapped out my quarterback, and feel ready.

Last week I finished second with 181.8 points. Luckily,  I decided to start Smith-Schuster over David Johnson, as I wrote about last week. I’m in the final three teams with the highest projected score on ESPN in the last several weeks, but I don’t think I have ever finished first overall on any given week. I’ll need to hit this milestone next week if I am going to win this thing, which I still think is more likely than not.

END_OF_DOCUMENT_TOKEN_TO_BE_REPLACED

In this series, I track weekly progress in my guillotine league. For the main post, covering the league’s details and my overall Bid Low, Bid Late strategy, click here.

It’s a couple of weeks into my league’s two-player endgame, and my team is showing some improvement. Last week I reported that I successfully bid on Gurley and Thielen. This week I loaded up on some more players, most notably Zeke Elliott, Davante Adams and Zach Ertz. As the title of this article boasts, David Johnson, who I added three weeks ago as my second starter after Travis Kelce, is dragging me down, being the lowest-projected starter on my team at 18.2.

Am I bragging? Well, yes! But I’m also offering a testimonial to the success of the strategy that I’ve been writing about on this site. By spending conservatively in the first ten weeks of the season, I’ve been able to add, since Johnson: Saquon, Hopkins, Gurley, Thielen, Zeke, Adams, Ertz, and Evans, while preserving a 160-40 FAAB advantage over the only other player in my league to have any FAAB.